Nick Wants the Jewellry and Money from Jessica

Nick Lachey has had it with his trampy wife and wants back all the jewellry he bought for her plus spousal support. I actually sympathize with him, he deserves it for having to put up with her crazy father Papa Joe, her dumb personality, and the public humiliation he's going to endure now that the whole world knows she was cheating on him while he was in Fiji. He cited "irreconcilable differences" on his divorce papers, but had he known, he would have slapped Adam Levine's picture on them. [source]

Nick: "Fork it over bitch, I paid for that bling!"
Jessica: "But I thought we meant something to
each other, I saved my virginity for you!" 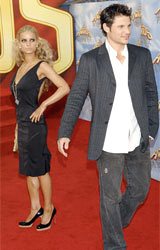 Nick: "Whatever, slut. I want that stuff back by tomorrow, now if you'll excuse me I have to go punch this guy in the face. I know you've seen him, he looks like this." 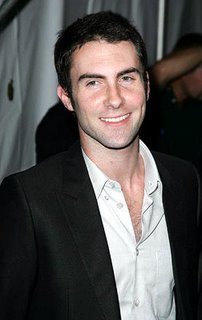 Can I just say Nick is SOOOO much hotter than Adam. Adam is all scrawny and skinny and Nick is well NOT..