I just received these pictures via e-mail, and thought I'd put them up to share. These "leaked" photos are unlike any other I've seen and actually show Aish smiling and happy. Check 'em out!

(click to enlarge)
Aish brought her sexy back to the wedding by wearing this ornate hairstyle. Her hair is braided, and covered with flowers (jasmine?) and 22 karat gold jewelry. She's wearing an arm band made of 22K gold and emeralds as well. In the background, you can see her mother-in-law, Jaya Bachchan.

Below are more images from the wedding ceremony and reception. Click on any image to enlarge it.


Here they are walking around the fire, as part of the Hindu marriage ceremony.

Okay, I just have to interrupt here. I'm all for brides blinging out at their wedding, the more the better. But a blinged out groom? Abhishek is wearing what looks like a multi-strand necklace made of emeralds AND a giant pearl-pendant and matching crown dripping even more emeralds. I know they say "if you've got it, flaunt it", and perhaps the theme for the wedding was maharaja-chic, but still, it seems like a bit too much bling for a groom.

This photo of Aish's BFF Preity Zinta (with Karan Johar) was also included in the set I received. I put it up mainly because I love the way Preity looks here. Everything from the highlights in her hair, to the yellow sari, to the rocking necklace she's wearing looks gorgeous. A little tidbit I learned about Preity and Aish, they both call someone close to them "Junior". Aish's nickname for Abhishek is "Junior", and Preity has a puppy named "Junior". Really.
Posted by Chic Mommy at 1:57 PM 24 comments: 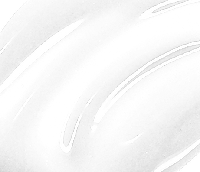 If you've got some frosty lipsticks collecting dust in your makeup drawer, give them a second life by applying MAC Plushglass in Wildly Lush over them. This hot new lipgloss by MAC, which has a slight "plumping" effect to give you Angelina Jolie lips, is all the rage right now with the girls at my MAC counter. It works on every skin tone and is perfect for taking the frost out of lipsticks like MAC "O" and Viva Glam IV. It's also good for toning down dark colored lipsticks, converting any shade you wore in the winter to a nice shade for summer.

I actually bought this a while ago, and the plumping effect does work. I don't know what they put in it to make your lips tingle and plump up, but your lips do look fuller about 10 minutes after you apply the gloss. For only $17.50, it's a nice way to sample the trend and give the lipsticks you already own a different look.
Posted by Chic Mommy at 10:17 PM 6 comments:

Out of all the photos that leaked out on the web of the Aishwarya-Abhishek wedding, this is my favorite. All the rest of her pictures show such a restrained smile, I feel the photos don't do her justice. Perhaps it was the tension from the media or the wedding itself, but I wish she had smiled more and looked more relaxed. Then again, I didn't smile much at my wedding either, because my mother told me "good girls" are supposed to just sit there and stare at the floor. And not smile. I really regret listening to her old school advice. All my wedding pictures turned out like crap.

Meanwhile, how much you wanna bet that lady in the orange is the one who leaked this mehndi pic out onto the net? Just look at her, I can practically read the expression on her face, "Look at me, bitches, I'm applying henna on Aishwarya Rai's hands. Yeah, that's right, THE Aishwarya Rai. Did you get a good look? I'm actually touching her hand! Envy me, bitches, envy me."

Here are some more buzzworthy links related to the "wedding of the century":

Aishwarya Rai Ties the Knot (Celebitchy) (Good pictures of Ash and Abhi's visit to a temple AND super rare photos of them at their wedding reception. )

Pictures of the Mehndi (IBN Live)

Pictures of Ash and Abhi on a pimped out private plane decorated with flowers. (First Bollywood)


close-up photo at top of page via (Ek Jut)

The Paternity Test Results Are In

Was this even a shock to anyone? I think the only thing that shocked me was how long it took to get this paternity test done. They could have had this answer a long time ago if they had just put our guy Maury Povich in charge. I mean, Maury is an expert at handling paternity tests. He does six paternity tests an hour five days a week, you can't get more efficient than that.
Posted by Chic Mommy at 12:26 AM 1 comment:

So get this. After we came back home last weekend, I immediately got to work trying to locate a babysitter to start helping me out during the day. But so far, instead of landing a babysitter, I got mistaken for being a babysitter, and got taken advantage of by the WOHM (Work Out of Home Mom) next door.

The WOHM is a doctor, and her husband is a doctor too. She's got two kids, ages 6 and 1, and a live-in nanny who takes care of them while the parents are at work. The nanny not only takes care of her kids, she also cooks and cleans the house, so when the WOHM comes home from work, there's a home cooked meal waiting for her in a tidy house. The nanny is an old, unattractive woman (like Nanny Mcphee), which is why I think the WOHM hired her. Had the nanny been young and hot, the husband probably would have made a play for her.

Anyway, so far it sounds like this WOHM's got a pretty good deal when it comes to balancing work and childcare, right? Nope. The WOHM wants more. She wants a little friend her son's age to play with him a few times a week so he won't have to sit at home all day playing video games by himself. Her son, who I'm gonna call Ross Gellar, because that's exactly who this child looks like right down to the haircut, is two years older than my son. The WOHM has rarely ever spoken to me for more than two minutes, mainly because she's never home, but last week I made the mistake of playing outside with the children and she spotted me as she was driving home.

Here's the beginning of how I got screwed.

WOHM: "Wow, Ross is six. He's been aching for a friend to play with, do you mind if I call him outside and he can play with your son?"

I didn't have a problem with this and said, "Sure." My son's been a little tired of playing with his sisters too and wanted some male company so I felt it would be a win-win situation. But I realized, that inadvertently, I got put in charge of not only watching my kids, but also Ross. The WOHM scurried inside saying she needed to take care of her 1 year old, but I think more likely, she probably went in for a nap.

The kids and I spent about half an hour outside before it started getting really cold and I wanted to go inside. My son, who was ecstatic and completely lost his mind after realizing there was finally a boy around to play ninja turtles with him, asked Ross, "Hey, wanna come inside with us? My mom is going to bake brownies!"

Umm, I was? I guess I was now. The kids ran into the house before I did, and I thought I'd quickly run over next door to let the WOHM know that her son was going to be staying with us longer. The babysitter came to the door and said it would be fine, so I figured, okay, for my son's sake I could do this, even thought I was dead tired.

After three hours, a tray of brownies, and four bowls of ice cream, it was almost time for the husband to come home and for me to start dinner. There was no sign of the WOHM or the babysitter. No one even called to check up on him. I was really surprised. I mean, they hardly know me, what if I was a psycho?

Finally, I told my son Ross had to go home, his mommy is missing him (not!) and got Ross's coat to walk him home. At this point his mother comes to our door and says, "Hey, I was wondering if Ross wanted to come home now?"

"Yes, he does," I say, but clearly from Ross's actions, he was not ready to leave and his mother picks up this.

"Aww look he's having so much fun. He really needs to play with boys his own age. Hey, my husband and I have to go out somewhere right now, can you just walk him home later when he's ready to go home?"

What? The kid had already been here for four hours, I kindly said, "Um, I don't think so, I have to put the kids down for bed soon."

So she said, with a rather disappointed look, "Oh, okay. Come on Ross, time to go home, you can play again tomorrow!"

The next day, my son ran over to Ross's house after breakfast and brought him over to our house. Again. The babysitter was probably loving the fact that she only had one baby to take care of now that the dumb girl next door (read: me) was willing to take a load off her. Forget searching for a babysitter for me, I was now worried how I would get rid of the free babysitting job I suddenly got myself into.

This happened for a few more days, Ross coming over, eating lunch with us, playing in the house, bragging about how much bigger the plasma screen TV was in his house and how he has all these super games and toys in his house. Finally, after Ross left one night, I told my son,
"You can play with Ross outside all you want, but I'm sorry he can't come over until he starts inviting you to his place as well. It's not fair that he gets to see your house and you don't get to see his." My son understood this and has now limited his playtime with Ross to riding his scooter outside, but no more indoor playdates. I mean, you could say, "What's one more kid when you've already got three?" but it really does start to add up to more work, responsibility, and stress, especially if that additional child is not your own, and you can't yell at him to stop misbehaving like you do your own kids.

So I've been Ross-free now for about two days now. I hope it doesn't get jinxed. Meanwhile, the WOHM next door hasn't even once called to thank me for watching her son and providing him with meals and playdates. I wouldn't have minded the arrangement if it hadn't been so one-sided. I mean, the first night she even wanted to leave him with me while she went out to dinner with her husband! Some people have such nerve. Do they think just because I decided to pop out three kids, and become a SAHM (Stay at Home Mom) I wouldn't like some kid-free time too? The irony of it all, is that my main focus that week was to find a babysitter so I could have more free time, and I ended up becoming an unpaid, under-appreciated babysitter instead.
Posted by Chic Mommy at 11:00 PM 24 comments: